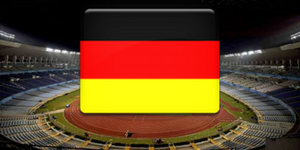 Germany football team represents Germany in international competition since 1908. Germany national football team is called Die deutsche Fußballnationalmannschaft or just Die Mannschaft in German language. They are nicknamed Nationalelf (national eleven) or DFB-Elf (DFB Eleven). Germany national football team is managed by the German Football Association. Known is German language as Deutscher Fußball-Bund (DFB), it was established in 1900. Germany are one of the most successful men's national teams in international football competitions. Germany have claimed world cup victories in 1954, 1974, 1990 and 2014 editions. Germany have won three UEFA European Championships in 1972, 1980 and 1996. Germany have also bagged one FIFA Confederations Cup title in 2017. Germany are ranked first in FIFA Men's World Rankings as of 21st December 2017.

Under the allied occupation and division of Germany after the world war 2, this team represented the Federal Republic of Germany (FRG), since the re-inauguration of DFB in 1949. FIFA also recognized two other national teams of the German origin. Saarland football team represented the Saarland from 1950 to 1956. East Germany football team represented the German Democratic Republic (GDR) from 1952 to 1990. East Germany won the football competition at the 1976 Olympic Games in Canada. Following the reunification of Germany in 1990, both teams have been absorbed along with their records by the current national team. Official name and code was changed to "Germany (GER)" from the "Germany FR (FRG)" following the German reunification.