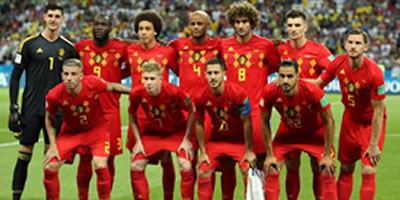 Since their first game in 1904, the men's national football team of Belgium has served as the country's official representative in international competitions. The Royal Belgian Football Association, which is in charge of the team's oversight, co-founded both FIFA and UEFA, the organization that oversees the team globally.
Belgium has made 14 appearances in the FIFA World Cup finals, with their first appearance coming at the inaugural tournament in 1930, where they placed 11th. John Langenus, a Belgian referee, officiated the first FIFA World Cup final.
Belgian's first five appearances at the FIFA World Cup between 1930 and 1970 were not successful, as they failed to advance beyond the first round. After two scoreless defeats at the inaugural World Cup in 1930, Belgium scored their first two World Cup goals in 1934 against Germany, by virtue of Bernard Voorhoof. However, both in 1934 and 1938 the Red Devils went out with a single loss. In 1954 they held England to a draw (4–4) and in 1970 they achieved their first World Cup win, against El Salvador (3–0).

How do I buy Belgium Football World Cup tickets?
For every game, Xchange Tickets will offer options to purchase Belgium tickets. Use our live inventory to choose the number of tickets you want, the price you want to pay and the area in the stadium you want to sit. Xchange Tickets website will then give you the best and safest option from the online market. Once you purchase tickets, you will then be instantly sent confirmation and delivery details of the tickets. Many Belgium Football World Cup tickets are now in the form of mobile tickets which you will be sent the details for.