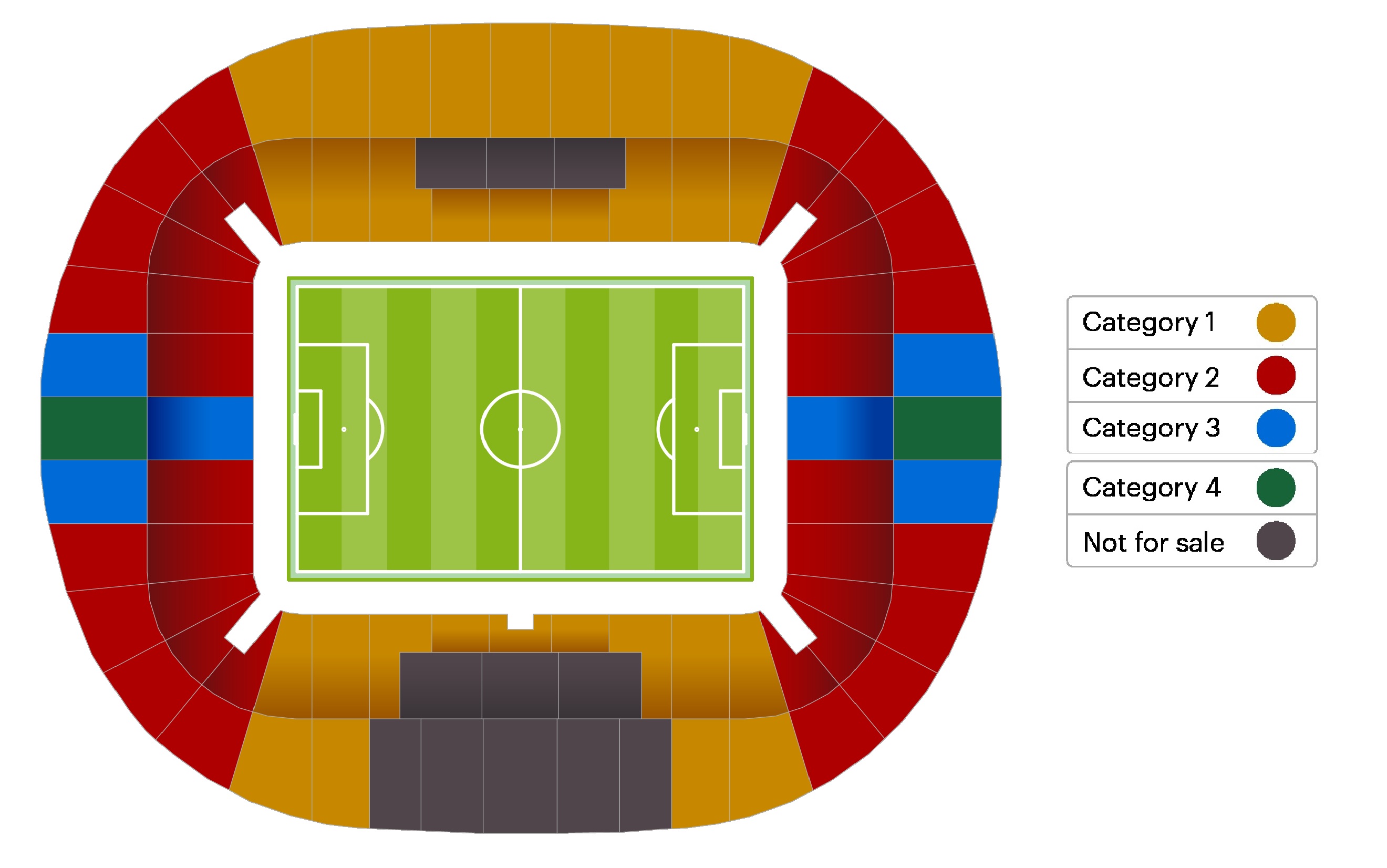 Capacity: 40,000Al-Thumama Stadium is a football stadium in Al Thumama, Qatar. It will be a venue in time for the 2022 FIFA World Cup in Qatar.
Sell Iran vs USA Tickets

The Football Federation Islamic Republic of Iran controls the Iranian national football squad, known as IR Iran in international competition[better source needed] (FFIRI). Iran was the top-ranked team in Asia for the longest continuous stretch of time—from December 2014 to May 2018—and for the longest time ever.
Iran has won three Asian Cup championships at the continental level in 1968, 1972, and 1976. The 1976 Montreal Olympics saw the nation's best Olympic performance, as they advanced to the quarterfinals. Iran has qualified for six FIFA World Cups (1978, 1998, 2006, 2014, 2018, and 2022), however they have never advanced past the group stage; they have only ever won two games: against the United States in 1998 and Morocco in 2018.

How do I buy Iran Football World Cup tickets?
For every game, Xchange Tickets will offer options to purchase Iran tickets. Use our live inventory to choose the number of tickets you want, the price you want to pay and the area in the stadium you want to sit. Xchange Tickets website will then give you the best and safest option from the online market. Once you purchase tickets, you will then be instantly sent confirmation and delivery details of the tickets. Many Iran Football World Cup tickets are now in the form of mobile tickets which you will be sent the details for.