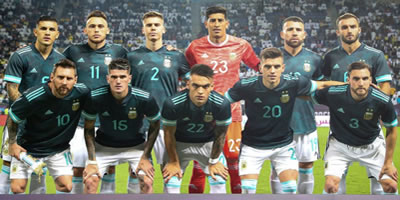 World Cup History:
Five World Cup finals have seen the Argentina national football team participate, including the inaugural match in 1930, which they lost to Uruguay 4-2. Argentina defeated the Netherlands 3-1 in overtime to win their subsequent final appearance in 1978. With a 3-2 victory over West Germany and a tournament campaign led by captain Diego Maradona, Argentina claimed glory once more in 1986. In 1990, they advanced to the World Cup finals once more but fell to West Germany in a disputed penalty kick in the 87th minute, losing 1-0. Lionel Messi-led Argentina made their seventh World Cup final appearance in 2014, losing to Germany 1-0 in extra time. Carlos Bilardo and Cesar Luis Menotti led Argentina to World Cup victories in 1978 and 1986, respectively.

How do I buy Argentina Football World Cup tickets?
For every game, Xchange Tickets will offer options to purchase Argentina tickets. Use our live inventory to choose the number of tickets you want, the price you want to pay and the area in the stadium you want to sit. Xchange Tickets website will then give you the best and safest option from the online market. Once you purchase tickets, you will then be instantly sent confirmation and delivery details of the tickets. Many Argentina Football World Cup tickets are now in the form of mobile tickets which you will be sent the details for.