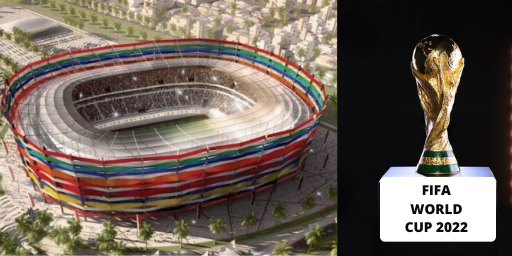 The 2018 FIFA World Cup tournament will involve 32 national teams, which include 31 teams determined through qualifying competitions and the automatically qualified host team. Of the 32 teams, 20 will be making back-to-back appearances following the last edition of the tournament in 2014, including defending champions Germany, while Iceland and Panama will both be making their first appearances at a FIFA World Cup. A total of 64 matches will be played in 12 venues located in 11 cities. The final will take place on 15th July 2018 in Moscow at the Luzhniki Stadium.

For the first time in the history of the FIFA World Cup, all eligible nations - the 209 FIFA member associations minus automatically qualified hosts Russia - entered the qualifying process. Zimbabwe and Indonesia were later disqualified before playing their first matches, while Gibraltar and Kosovo, who joined FIFA on 13 May 2016 after the qualifying draw but before European qualifying had begun, also entered the competition. Places in the tournament were allocated to continental confederations, with the allocation unchanged from the 2014 World Cup. The first qualification game began in Dili, Timor Leste, on 12 March 2015 as part of the AFC's qualification, and the main qualifying draw took place at the Konstantinovsky Palace in Strelna, Saint Petersburg on 25 July 2015 at 18:00 local time (UTC+3).

Of the thirty-two nations qualified to play at the 2018 FIFA World Cup, twenty countries competed at the previous edition of the tournament in 2014. Both Iceland and Panama qualified for the first time, with the former becoming the smallest country in terms of population to reach the World Cup. Other teams returning after absences of at least three tournaments include: Egypt, returning to the finals after a 28-year absence from their last appearance in 1990; Morocco, who last competed in 1998; Peru, returning after a 36-year absence (since 1982); and Senegal, competing for the second time after reaching the quarter-finals in 2002. It is the first time three Nordic countries (Denmark, Iceland and Sweden) and four Arab nations (Egypt, Morocco, Saudi Arabia and Tunisia) have qualified for the World Cup.

Notable countries that failed to qualify for FIFA World Cup, include four-time champions Italy (for the first time since 1958) and 2014 third-place finishers Netherlands. Four reigning continental champions failed to qualify: 2017 Africa Cup of Nations winner Cameroon, two-time Copa América champion and 2017 Confederations Cup runner-up Chile, 2016 OFC Nations Cup winner New Zealand, and 2017 CONCACAF Gold Cup champion United States (for the first time since 1986). The other notable qualifying streaks broken were for Ghana and Ivory Coast, who had both made the previous three tournaments.

The FIFA World Cup draw will be held on 1st December 2017, at 18:00 MSK, at the State Kremlin Palace in Moscow. The 32 teams will be drawn into eight groups of four. For the FIFA World Cup draw, the teams will be allocated to four pots based on the FIFA World Rankings of October 2017. Pot 1 contains the hosts Russia and the best seven teams, Pot 2 contains the next best eight teams, and so on for Pots 3 and 4. This will be different from previous draws, where only Pot 1 was based on FIFA Rankings while the remaining pots were based on geographical considerations. Same as previous editions, teams from the same confederation will not be drawn against each other for the group stage, except for UEFA where each group can contain up to two teams.

Russia proposed the following host cities for FIFA World Cup: Kaliningrad, Kazan, Krasnodar, Moscow, Nizhny Novgorod, Rostov-on-Don, Saint Petersburg, Samara, Saransk, Sochi, Volgograd, Yaroslavl, and Yekaterinburg. All the cities are in or just outside European Russia to reduce travel time for the teams in the huge country. The bid evaluation report stated: "The Russian bid proposes 13 host cities and 16 stadiums, thus exceeding FIFA's minimum requirement. Three of the 16 stadiums would be renovated, and 13 would be newly constructed."