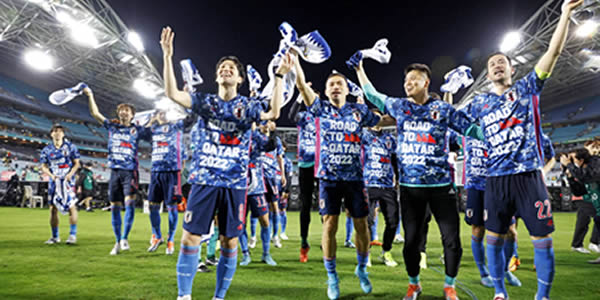 The Japan Football Association (JFA), the nation's football governing body, oversees the Samurai Blue national football team, which represents Japan in men's international football.
With a small and amateur team, Japan wasn't a major football force until the end of the 1980s. Japan has emerged as one of the most successful teams in Asia since the 1990s, when Japanese football fully professionalized; they have qualified for the last seven FIFA World Cups after making it past the group stages in 2002, 2010, and 2018 (the most of any Asian team), and they have also won the AFC Asian Cup a record four times, in 1992, 2000, 2004, and 2011. Both the 2001 FIFA Confederations Cup and the 2019 AFC Asian Cup saw the team place second.

How do I buy Japan Football World Cup tickets?
For every game, Xchange Tickets will offer options to purchase Japan tickets. Use our live inventory to choose the number of tickets you want, the price you want to pay and the area in the stadium you want to sit. Xchange Tickets website will then give you the best and safest option from the online market. Once you purchase tickets, you will then be instantly sent confirmation and delivery details of the tickets. Many Japan Football World Cup tickets are now in the form of mobile tickets which you will be sent the details for.