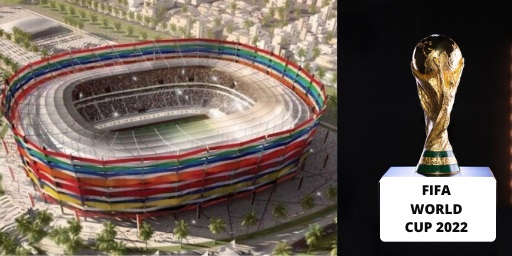 The 2022 FIFA World Cup is scheduled to be the 22nd edition of the FIFA World Cup, the quadrennial international men's association football championship contested by the national teams of the member associations of FIFA. It is scheduled to take place in Qatar from 21 November to 18 December 2022. This will be the first World Cup ever to be held in the Arab world and the first in a Muslim-majority country.

This will be the second World Cup held entirely in Asia after the 2002 tournament in South Korea and Japan. In addition, the tournament will be the last to involve 32 teams, with an increase to 48 teams scheduled for the 2026 tournament in the United States, Mexico, and Canada. The reigning World Cup champions are France

The bidding procedure to host the 2018 and 2022 FIFA World Cups began in January 2009, and national associations had until 2 February 2009 to register their interest. Initially, eleven bids were made for the 2018 FIFA World Cup, but Mexico later withdrew from proceedings, and Indonesia's bid was rejected by FIFA in February 2010 after the Indonesian Football Association failed to submit a letter of Indonesian government guarantee to support the bid. Indonesian officials had not ruled out a bid for the 2026 FIFA World Cup, until Qatar took the 2022 cup.

FIFA's six continental confederations organise their own qualifying competitions. All FIFA member associations, of which there are currently 211, are eligible to enter qualification. Qatar, as hosts, qualified automatically for the tournament. However, Qatar is obliged by the AFC to participate in the Asian qualifying stage as the first two rounds also act as qualification for the 2023 AFC Asian Cup